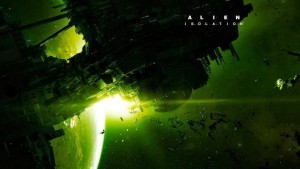 Join us Wednesday, April 22 at 12:15 in the ModLab (Fine Arts 215) for a Well Played session of Alien: Isolation, a game that Kotaku suggests “can only have been created for people who derive some perverse pleasure out of being killed by an alien.”

During this session, we’ll discuss the game’s sophisticated use of artificial intelligence technology and how the alien character disrupts expectations amongst players that non-player characters will act in predictable ways. In addition, we’ll discuss how the game participates in the horror genre by forcing the player to hide from the alien rather than to attempt to kill it.